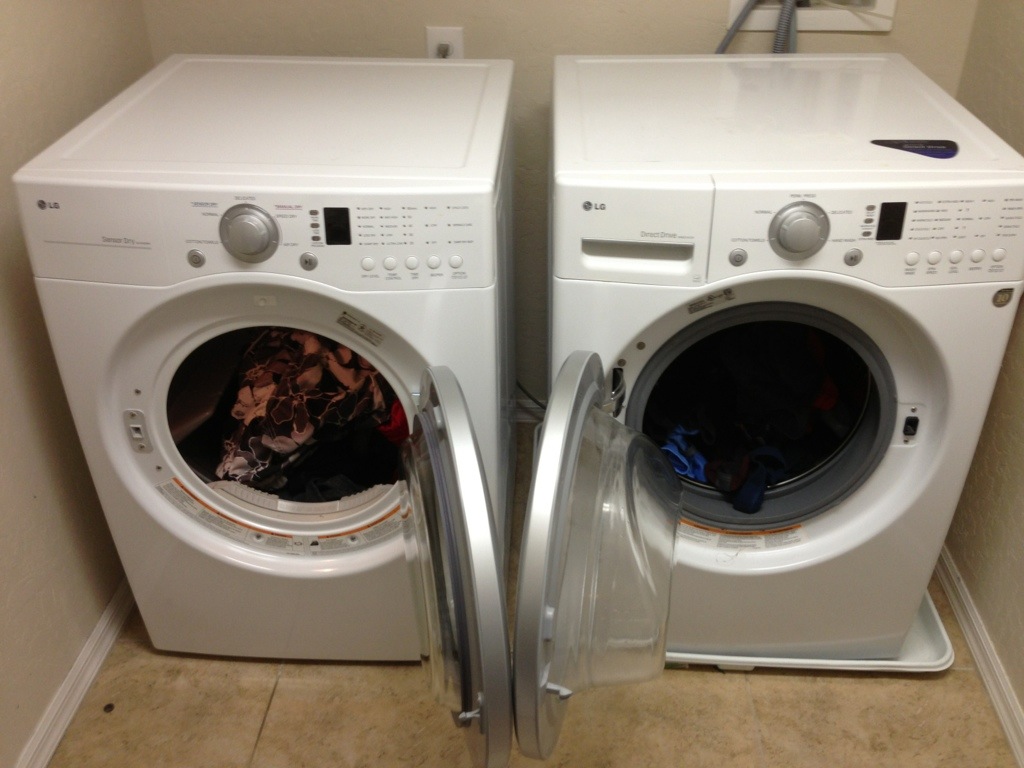 A few years back I bought our house by short sale. The owner had quit making payments, had moved out and somewhere along the way, by the time I purchased it, the house was stripped of a few appliances.

Included in the missing appliances were the clothes washer and dryer.  So we had to purchase a new set for the laundry room.

My wife (she was my girlfriend at the time) and I decided to go shopping for the pair.  We searched around to make sure we got a fair deal for the features we would need, and not over pay for the ridiculous ones that don't work or that we wouldn't use.

We decided on a set of LG appliances and had them installed a few days later.

It wasn't until after the installer left that we went to do our first load of laundry and we realized the one thing that would annoy us for the entire time we will own these laundry machines.

In our laundry room, the water hookups are on the right side (for the washing machine) and the heat vent (for the dryer) is on the left.  The salesman didn't bother to ask us which side the washer is on, and of course the machines we received were the opposite of what would work best.

Thus, when we go to transfer the wet clothes from the washer to the dryer, we have to step back and walk around the impeding opposing doors, while avoiding bumping our heads on the corner of the upper cabinet because the laundry room is such a cramped space.

It seems like a little thing, but its really a continual annoyance, because if the doors weren't in the way, we could quickly grab items from the washer and immediately toss them into the dryer one by one (or a few by a few).

I haven't really watched what my wife does, but my solution is to pull out all the clothes from the dryer into a laundry basket and walk the basket around the doors (trying to avoid bumping my head on the above cabinets).

That works fairly well, except for times that I forget the laundry basket, which forces me to either go get the basket or do the "step-around" process. 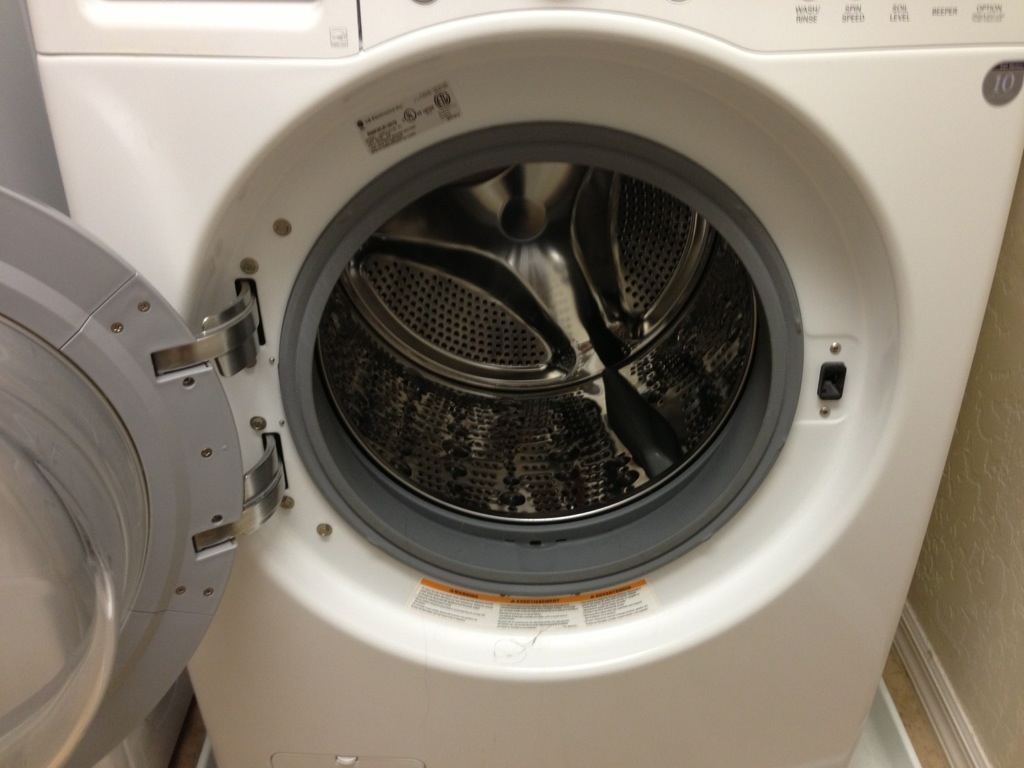 There's lots of little solutions, and its not a major life impacting issue, but the extra annoyance can, at times, add that little extra frustration to an already rough day that puts you over the edge.

I probably should have called the salesman and asked him if they would fix the issue, but I assumed they'd charge me extra, so I never called.

At the time, I didn't think it was going to be as much of an annoyance as it ended up being.

It looks like the dryer door can be unbolted and switched to the other side, but the washer door has hinges that go into the machine and definitely cannot be switched.

I can't just switch the appliances around, because the hoses and cables in the back aren't long enough.  I probably could purchase some kind kit to extend the connections, but haven't gotten around to looking into that yet.

So for me, the next time I have to buy a washer / dryer set, I will know to make sure they can deliver a correctly orientated pair, because I now know how much of a continual annoyance our current set up creates.