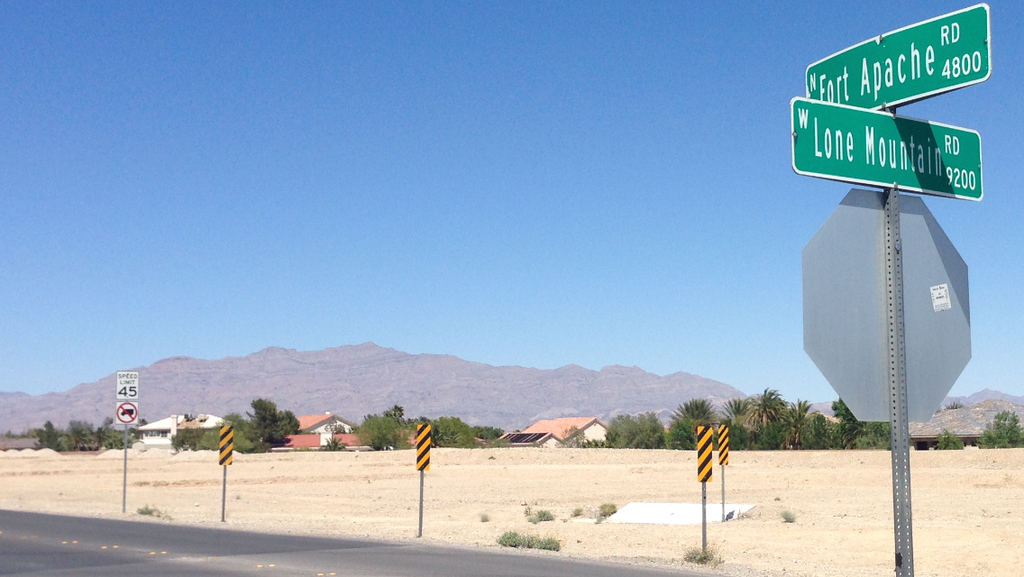 I’ve written that I’m going to do a review on Touchstone Homes, the Las Vegas Home Builder from which I purchased my house in July of 2015.  While I haven’t had a chance to write that review yet (I’m also waiting for my 1-year “bumper-to-bumper” warranty to expire before I write it), I wanted to document something interesting that is going on right now.

Touchstone is developing an 18 home neighborhood at Ft. Apache Rd and Lone Mountain Rd (Under the name “THM Enterprises” - owned by Thomas H. McCormick, the owner of Touchstone Living, Inc., Touchstone Lone Mountain, LLC, and - in some form - Mariner Development). They haven’t put in any roads, foundations or utilities at Lone Mountain & Ft. Apache yet; only the land has prepared with the plots and future road evident (hard to see in the picture). 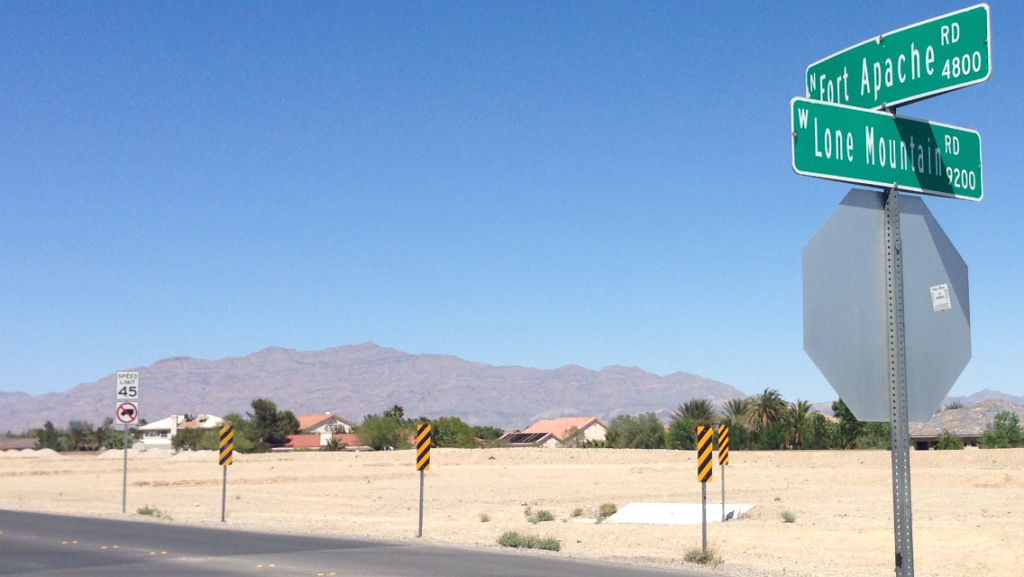 An incredible thing is that they have sold all 18 plots… And apparently they even have a waiting list!

Now that’s not the most amazing part.  …From what I’ve gathered, they don’t even have prices for the houses yet!

So people are putting a down payment down and signing to purchase a house and they don’t even know what it will cost them!  (Can you say potential bubble again… ugh.)

Granted it is also my understanding from what I’ve been told by purchasers that the purchase agreements allow the buyer exit the contract with their down payment refunded; so it’s not total 2006 type Las Vegas housing market insanity where people are just potentially throwing money away for the chance to buy a home.  They seem to be securing their place in line with the opportunity to exit – "No harm / No foul".

So how have I gathered this?

Well… like I wrote at the beginning of this post, I’ve written previously on my blog that I’m going to write a review on Touchstone Homes, and in that blog post, I wrote that though I haven’t had a chance to write the review yet, you can feel free to contact me and we can discuss my positive and negative experiences with my purchase from Touchstone, the Las Vegas home builder.

A bunch of people have contacted me and along with telling my story, I asked them about their story.  Some are just starting to look for a new home.  Others are ready to pull the trigger and buy a new house.  And a couple that have contacted me have even signed to purchase these yet-to-be priced homes from Touchstone.  And finally one guy said he wanted to buy a Touchstone home, but they couldn’t give him a price or a time frame as to when it would be built, so he didn’t pull the trigger (interestingly that guy was a lawyer).

From the Touchstone side I’ve been told by an employee that the reason they haven’t started building at the Ft. Apache / Lone Mountain location is because the county has been holding up their permits to start building (or maybe it’s the city who's holding things up; there's a whole thing about city trying to take over the county area by annexing county homes into the city - an article I'll hopefully have a chance to write soon)

It seems to be working in Touchstone’s favor as the supply glut is causing people to put real money down, just for the opportunity to buy a newly built home from them even though they buyer doesn’t yet know what they’ll be paying for that new home.

One of the people I spoke with that has signed to puchase one of the Touchstone plots said Touchstone told their real-estate agent that they would not be willing to negotiate on pricing of these houses (which is not typical to purchasing a new home from a builder from my knowledge, and my personal experience with Touchstone’s buying process).  Apparently, prices will be fixed.  And that makes sense from Touchstone’s current vantage, as there is seems to be such a strong demand that they have a waiting list of people wanting to buy a home in this Lone Mountain area.  If you don’t want to pay the price they set, they can just say goodbye to you and grab a name from the list.

When I purchased my home from Touchstone, they seemed to us to be a high-end builder with higher initial standard installation options than other home builders in Las Vegas (the reality of that to be discussed in my future review).

From some conversations I’ve had with neighbors, it seems as though Touchstone is going to strip down the houses they build from high-end-standard-include options to a lower quality types of initial / standard options.  In other words, the houses will likely sell for less, but you’ll have to pay extra in upgrades to get back to what were their standards when I purchased in July of 2015.  But I haven't confirmed this yet.

I've also heard, but haven't had a chance to verify, that other builders in the area are building houses with standard options much lower than the typical Granite and Tile homes that I’ve mostly seen built here in Las Vegas over the last 10 years; more towards Formica and Vinyl (possibly the person that told me this was exaggerating as he laughed a bit as he said it, so I don’t have confirmation that the typical standard installation features have dropped back that far.  He did say that he spoke to a sales agent at a builder who said most buyers are adding about $150k in upgrades to the base price of the house).

I’m not fully sure if this is a marketing ploy to get people in the door with lower prices on bigger homes such that by the time a purchaser signs the final purchase agreement, with what are now upgrades, they will be paying significantly more than the price that got them in the door (and are back up at the prices I purchased my home).  Or maybe people just want big houses and don’t care about the options and will buy these less upgraded houses.  Personally, for the value of my home, I hope home buyers opt for lots of upgrades as I believe higher value homes bodes well for the long-term value of all the homes in the area).

Finally, out here by Lone Mountain, there are a lot of big houses being built on big plots of land.  From what I was told by my sales agent when I purchased, the whole area is zoned for 1/2 acre plots.  But I just heard another person talk about a public hearing that just took place about D.R. Horton’s 23 acre purchase at Michelli Crest and Tropical and the zoning size is likely going to be reduced.  That same person seems to think that it’s the City that’s trying to get smaller plots made to increase tax revenue.  UPDATE: I decided to call around and ended up talking to the councilman's liaison who informed me that there's issues with county vs city and the ability to break up such a big plot of land into different zoning, so D.R. Horton, in order to be able to move forward, got approval to build the smaller lots where the bigger ones should be, but that they intend to build the larger lots in the larger.   I hope to write more about this information and a whole host of issues between the county and the city that are happening out here.

It will be interesting to see how our area plays out in the long run.

We bought in the Lone Mountain area because my wife, when we didn’t get the new Lennar house she liked most in Summerlin, I to tried appease her by showing her a map of Summerlin’s future build out.  She took one look at it and decided Summerlin was going to go down in quality and end up with a similar story to another once high-end area; I think it was Green Valley Ranch (I’ll write about that in another future post).

Please note, I haven't had much time to do a lot of fact checking but I tried to be clear about which information is more highly speculative.  If you have any information that helps clarify this post, please feel free to contact me or post in the comments below.