Its a strange bug and has been a problem for her for about 3 months now.  I doubt its limited to just her phone make/model.  More likely its a bug on the entire Windows 8 mobile platform build of the app.

Its surprising that maker Zynga hasn't fixed the Words With Friends app on Windows 8.

So far this is the list of words that have been deemed as "not an accetpable word" by her Words With Friends app on Windows 8 phone. 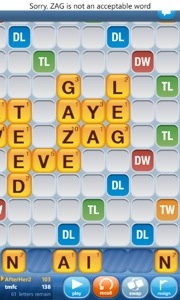 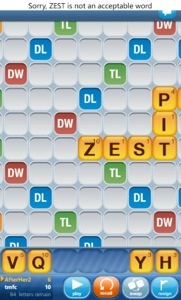 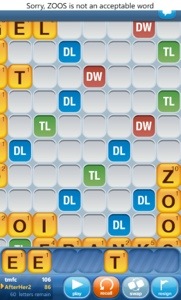 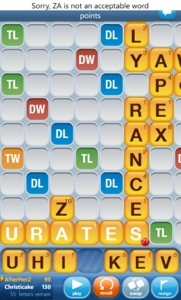 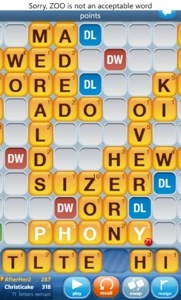 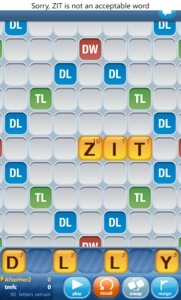