I often record at the lowest bitrate on my Cannon VIXIA HF20 mini camcorder to save space.  The camera has multiple recording speeds with LP being the lowest bitrate and MXP being the highest.  MXP videos take up about 4 times the space as an LP video of the same duration.  For example, an 8 minute video on LP takes up about 320MB of space, while an 8 minute recording on MXP takes up about 1,280MB (or 1.2GB).  The latter being quite a space hog!

I often like to record myself and my friends on routes while we are out rock climbing.  Sometimes its just two of us out climbing, so there's no one to hold the camera.  So I'll position the camera on a small tripod a distance away with the longer dimension of the screen in the vertical direction showing the entire length of the climb.  Since the camera isn't like an iPhone where it knows its been rotated, when I watch the recorded videos back on my computer everything is rotated and the climber climbs from the right hand side of the screen to the left, instead of from the bottom to the top. 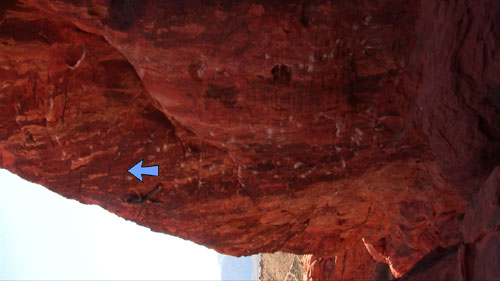 To fix the rotation issue, I'll import the video into my video editing program and rotate it.  Then to make the camera look like someone is controlling it, I'll also zoom in on the climber, and continually adjust the position to follow the climber up the wall before exporting the final video. 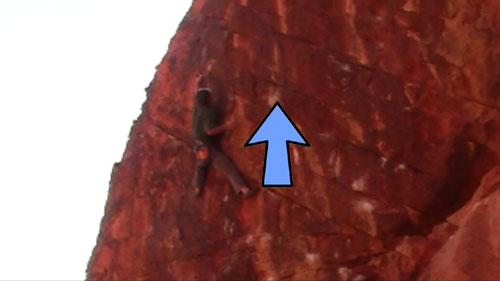 So my question has always  been, "Is it worth using the extra storage space and will I get better resolution on the final zoomed-in video if I record at the higher MXP bitrate?"

So I did a quick test on my Cannon VIXIA HF20.  I recorded a couple seconds of a climber in both the lower (LP) and higher (MXP) bitrates.  Then I rotated them and zoomed in 300 percent.  The resulting video is below (first just showing the wall, then showing the climber).

When you upload a video to YouTube, it gets re-encoded and therefore re-compressed.  However, even before the lossy compression that YouTube adds to the video, in my full resolution export, the two speeds appear to be virtually the same quality and don't have any major quality differences.

Thus, for my purposes, I've concluded that increasing the bitrate doesn't help with the final resolution when zooming-in during post production, and I am better off recording at the lower resolution and saving the extra disc space.

Of course the motion in the video is relatively slow and therefore this test doesn't factor in the quality of a higher speed action, like the climber taking a 10-20 foot fall before safely being caught on the rope.  This will have to be another test for another day and deductive logic says this will show that the higher bitrate is able to more clearly catch the faster motion.