Buying A New Home From A Home Builder May Not Be What You Expect. 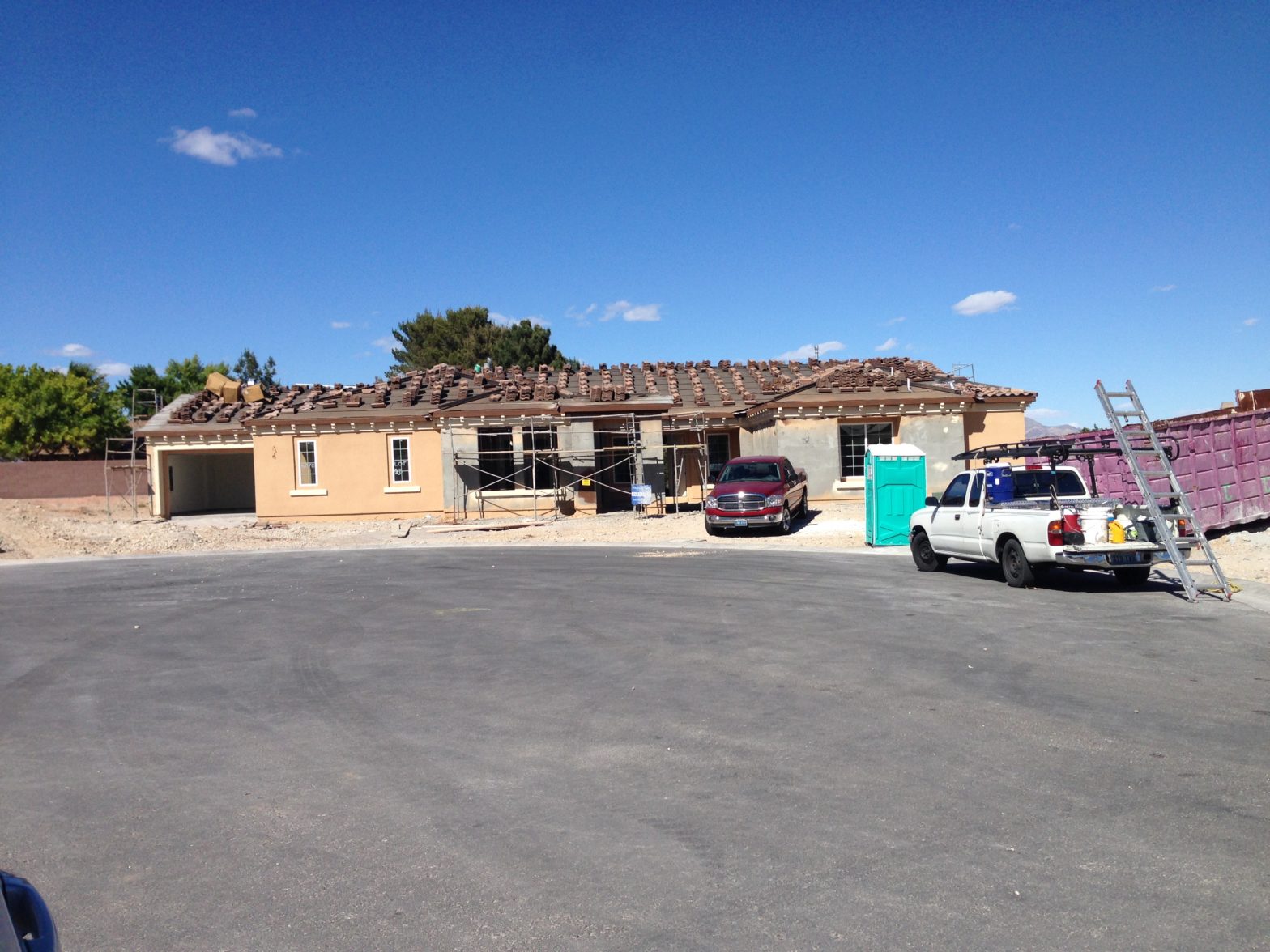 Buying a new house may not even be close to what you’d expect.  At least it wasn’t what I expected.

I bought a new construction "custom-track" home from Touchstone Living in June of 2015.  I will be writing my review of Touchstone Living, a Las Vegas Home Bulder, detailing some of my experiences with their company and the decline I am hearing about in their quality and customer service.  First, however, I wrote this article to shed some light on my experience of buying a newly constructed home.

When I bought a newly built house from Touchstone Living, a home builder here in Las Vegas, I thought I was going to have an experience somewhat similar to buying a new car.  It’s expensive, it’s shiny, it’s new, and everything is put together well.

But buying a new house from a builder differs from buying a new car in that, in my experience, everything is not put together properly.  Not even close!

I thought because my home is a "custom-track" home (they have models to choose from and customize) that it would be put together well.  Mostly because track homes are the same house built over and over again.

The first thing I learned when we had our first issue (and there were lots of them) was that the builder does not employ the people that put your house together.  The builder sub-contracts nearly EVERYTHING!  The builder is virtually just an investor and a project manager.

Most of those low-skilled laborers that install the individual pieces of your home, from what I've observed, do not have the motivation, nor do they have the proper training, to complete the job correctly.

First, money is a big motivator... so what's the the easiest way to make the most money when getting paid a flat fee?  Bang out the job as fast as possible.  And of course in doing so, mistakes are quite readily made.

Second, from what I've gathered in conversation, the installers only know just enough to install their piece; they don’t actually understand how it works, or know the best method to install it.  My  understanding is that they are quickly trained and sent to work.

How did I gain this understanding?

I talked to many of the sub-contractor repair technicians that came to repair those improperly installed items during my one-year warranty period.

Most often, the technician that comes out to repair a particular installation issue actually does have good experience and training.  And as I found out from talking to these workers, they won’t do installs.

Because they say it doesn’t pay well enough.

Apparently the sub-contracting company can quickly train their fleet of installers and easily replace them.  The turnover is likely very high.   These workers would have very little value to the company.

Plus, think about it this way... it’s cheaper and faster for the sub-contractor to slap in their particular sub-contracted piece of the home and later, after that piece shows issues, to pay a more qualified technician to repair any issues.  If the sub-contractor is lucky, the install lasts just long enough to make it past your warranty (one year seems to be the norm now) before the issues arise.  Then it doesn’t cost them anything to fix.

Here’s just one specific example of the issues my newly built house had in the first year:

One night I decided to take a bath and enjoy our big, beautiful bathtub in our grand new home. 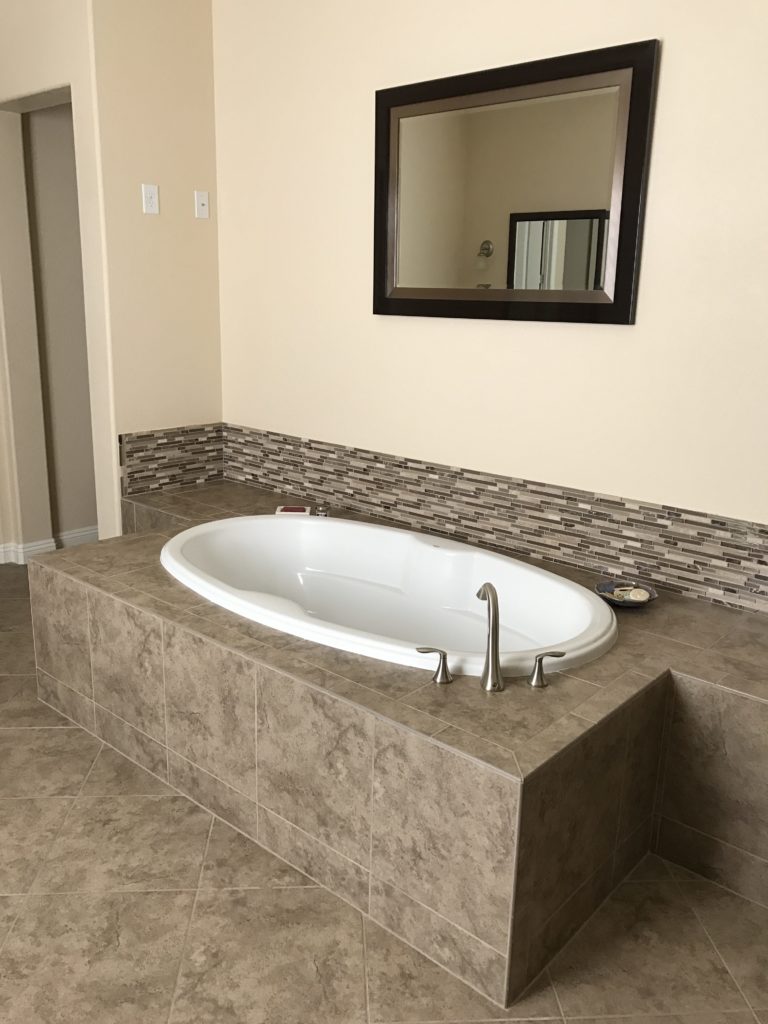 The tub is so big that it takes a fair amount of time to fill up. So, I turned on the water and went to watch tv.

About 20-30 minutes later, I realized I completely forgot about the tub!

So I ran into the bathroom and got there just as the tub was starting to overflow.

Now, if the tub was properly installed, the tub shouldn’t overflow.  There is a safety overflow drain near the top of the tub where the water is supposed to drain before the tub overflows.

But my tub was installed improperly, so the safety drain didn’t work properly.

When the repair technician came a few days later, he took one look at the tub and said, “The installer caulked the rim of the safety drain.  It’s not supposed to be caulked.”

I haven’t taken the time to fully understand why, but from what I gathered (the technician did not speak English very well; which is common here in Las Vegas) the rim needs to be open so air can get in/out to equalize the pressure. The drain didn’t work because air bubbles were stuck in the line, not allowing it to drain.

Now… that’s not the end of the story!

As time progressed the caulking around the edge of the bathtub started coming up.  So I complained and they sent out someone to re-caulk it.

Then it happened again.  And out came another technician to re-caulk.

When it happened again I finally complained that they need to do something more than just re-caulk the tub as it was obvious something must be wrong for the caulk to lift up so many times.

So the next technician that came out pulled out the tub. And of course, it turns out that it was installed wrong.  The installer left boards below the bottom of the tub that were supposed to be taken out.  From what I understand, the tub is supposed to sit on a plaster mold, but the tub had boards left between it and the plaster. 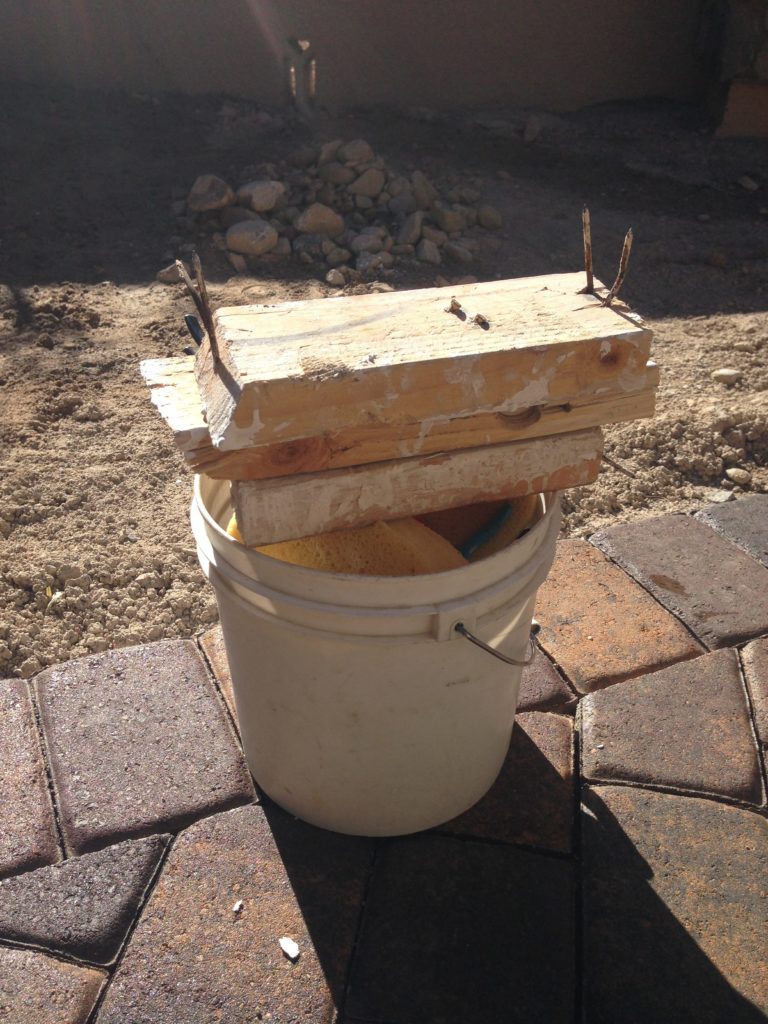 I was working in the other room when the technician was fixing the tub, but snapped this shot of the boards he took out as he was leaving.

Thus, when the tub was filled with water, the weight would crush the boards, allow the bathtub to sink, pulling on the non-supportive base in the area of the caulking, and subsequently loosen the caulk.

The bathtub was installed wrong in two different ways.  To me, that’s not the work of a skilled craftsman, but instead the work of someone that was quickly trained to slap the tub in and move on to the next job.

This is just one of multiple instances of the subcontracted pieces of my home that had issues.

As such, my first year of owning a newly built home from a home builder was discovering how many things in my home were apparently just slapped in by low-skilled laborers.

The builder that built my home is Touchstone Living, a privately owned home builder in Las Vegas.  For many other reasons that I intend to write about in a review of Touchstone Living, I’m not extremely happy with Touchstone, but I don’t believe this particular issue is fixed to just them; I believe it’s an issue with all new home builders here in Las Vegas (possibly its just like this everywhere these days).  I don't know of any builder that doesn't sub-contract.

So there you go… If you are buying a new home, realize that your first year is not living in a harmonious new perfectly assembled abode, but instead filled with a continual flow of sub-contractors that send their technicians out to repair all the things that were poorly installed by their apparent fleet of cost-saving low-skilled labor.

What also determined my experience was how the builder handled the issues.  My experience with Touchstone Living, the builder I purchased from, was that they would quickly have the smaller issues fixed without a fuss.  But how they handled other, bigger issues, were always extremely stressful for me as a customer.

In all, I didn't track it specifically, but I believe I had at least 30 visits by technicians to repair issues big and small during my one-year warranty.  Luckily I work from home, so it wasn’t necessarily a scheduling and appointment-waiting-window nightmare for me as it could have been if I wasn't as readily available at the house.

In future posts, I intend to write more in-depth about my specific experience as well as what I've learned from other purchasers, by writing a review of Touchstone Living , the Las Vegas Home Builder from which I purchased my home.

I'll also write about some big expenses I didn't realize were coming just after I purchased a new home; like how much more expensive landscaping the backyard would be than I had expected.

Please join my updates to get notified when I write my next article.